Written by Sarang Bhatt
Updated over a week ago

Wootric offers default sampling settings to give you a place to start when thinking about how to deploy your surveys. This applies to both in-app and email surveys.

There are 2 levers to be aware of here: the 'age' of the customer and the percentage of your user base you'd like to survey at a given time.

The age is based on the end user's created_at date that you pass to us through the Wootric snippet or integration (ex: Segment's analytics.js)

Our default sampling settings are:

Who sees a survey and when:

First Survey: present after 30 days "old" in your system

Survey Throttle (when to survey again):

What volume of your users are to be surveyed: 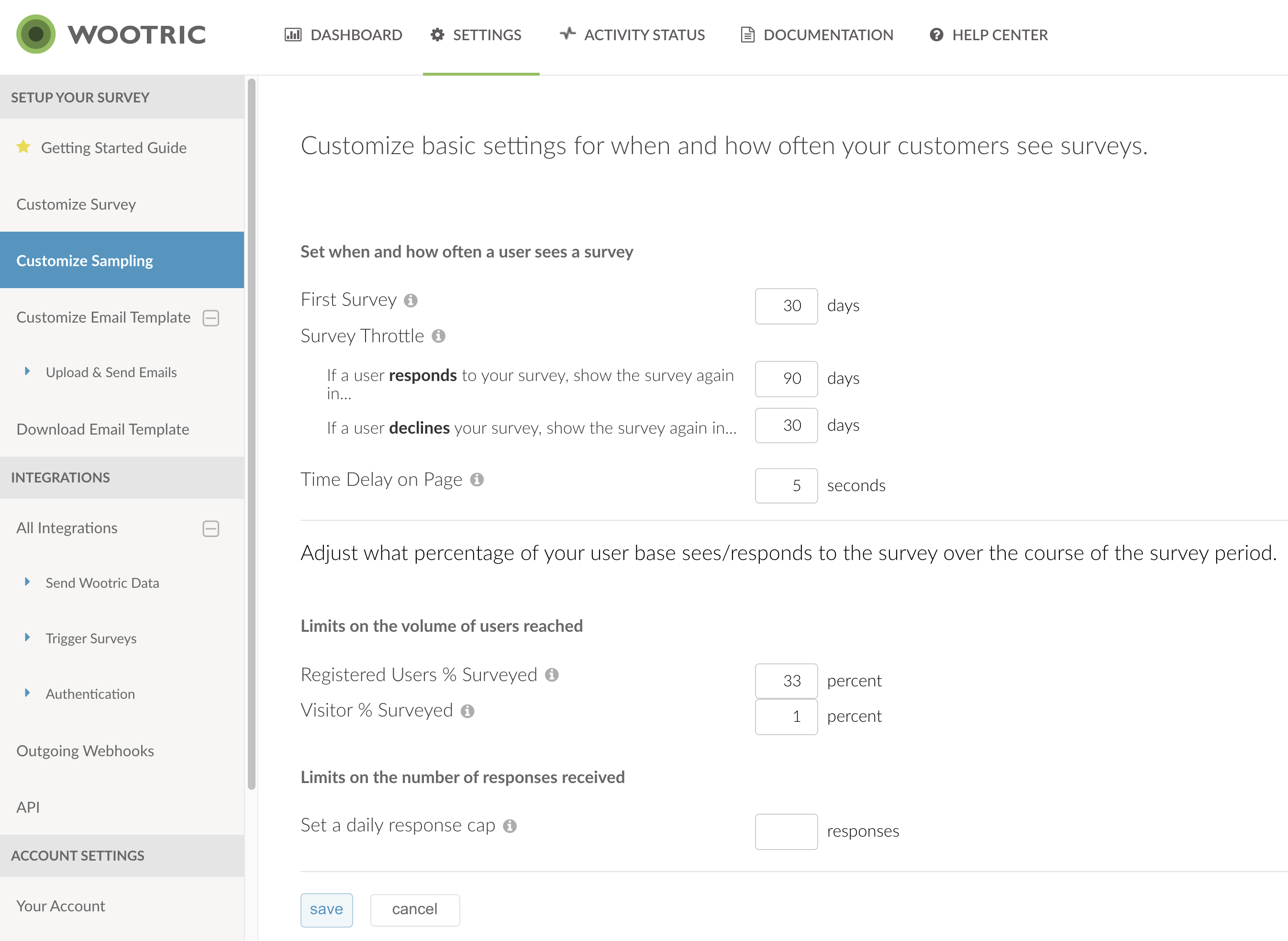 These defaults say that anyone over 30 days old in your system is considered 'eligible' to see a survey. It also says that 33% of the eligible logged-in (registered) users will be shown a survey at a given time.

Over 3 months, nearly all of your registered users will have been shown a survey - assuming they all logged in during those 3 months.

After 90 days, users who responded to the first survey will become eligible again to be shown a survey, and the cycle will continue.

This allows you to keep the flow of feedback constant and random, giving you a good sense of how your users feel.

We know, however, that every business is specific. Some need the survey to be sent sooner than 30 days, and others want the resurvey time to be after 180 days. We make it easy to change the settings to fit your needs.

We also include a Daily Response Cap - this will make sure you don't get more survey responses than you're interested in, in a 24 hour period. The system will send out surveys at the cadence you've set and will stop once the Daily Response Cap number has been met, however; any survey that was already sent prior to the Daily Response Cap being met will still remain active and the responses will be accepted and flow into the dashboard, which may result in a higher number of responses coming into the dashboard than the cap that is set to ensure no response data is left uncollected. It will start surveying again the next day.

We also wrote a great article about it. Check it out on our blog!

Did this answer your question?